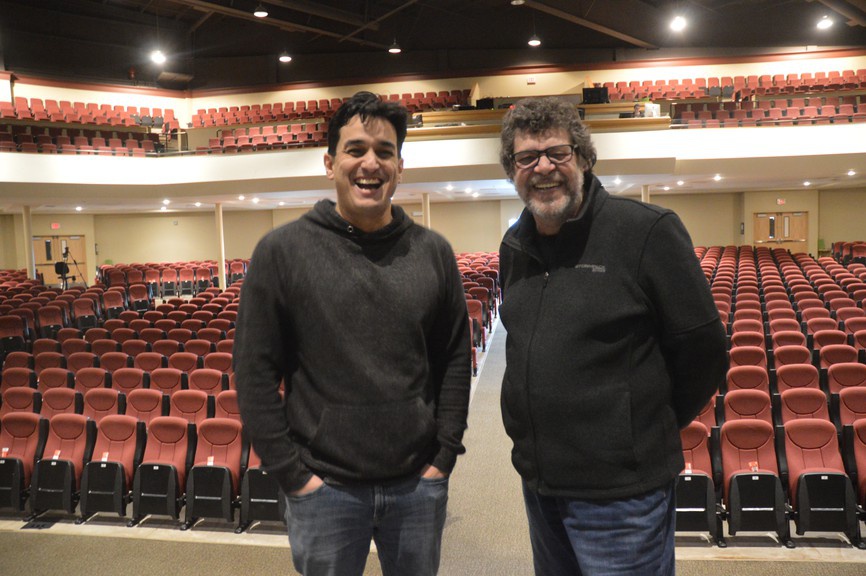 What does beloved Acadian folk-rock band 1755 have in common with legendary rockers Metallica, pink Floyd and Kiss?

All have had their greatest hits receive the full-blown symphonic treatment.

On Feb. 8, the members of 1755 will take their turn under the baton when they join the New Brunswick Youth Orchestra on stage for a concert at the Moncton Wesleyan Celebration Centre.

A number of the group's best known songs - "Rue Dufferin", “Le monde a bien changé" and "Maudite guerre" - will be re-imagined by the 75-piece orchestra.

Conductor Anthony Delgado sees the concert as a chance to teach his young charges about an important part of Acadian culture.

“All the kids are very excited," he said. "The beauty of this project is that it will be new for a lot of them."

He said the match between the orchestra and 1755 came together naturally.

"I had already worked with Roland [Gauvin, a member of 1755] for a Christmas concert and it was a very good experience," said Delgado. "That collaboration led to other projects and this concert is one of them.

"It's something that absolutely must be done," he said. "They're an incredible group and this is important for Acadian music."

The performance is also a fundraiser for the NBYO.

Gauvin, a singer and guitarist with 1755, is excited about the collaboration. "I heard a version of 'Rue Dufferin' they played at another concert and I thought it was great," he said. “Tony had wanted to do this with us for a while."

"I'm looking forward to it and so are the other members of the band," said Gauvin. "l really believe in what [the NBYO] is doing. They see how much we've contributed to Acadian music."

Gabrielle Carruthers, a music student at l'Université de Moncton who plays tuba with the NBYO, is looking forward to the concert.

The orchestral arrangements are proof of how rich the songs are, said Carruthers. "It's going to give a new life to the songs."