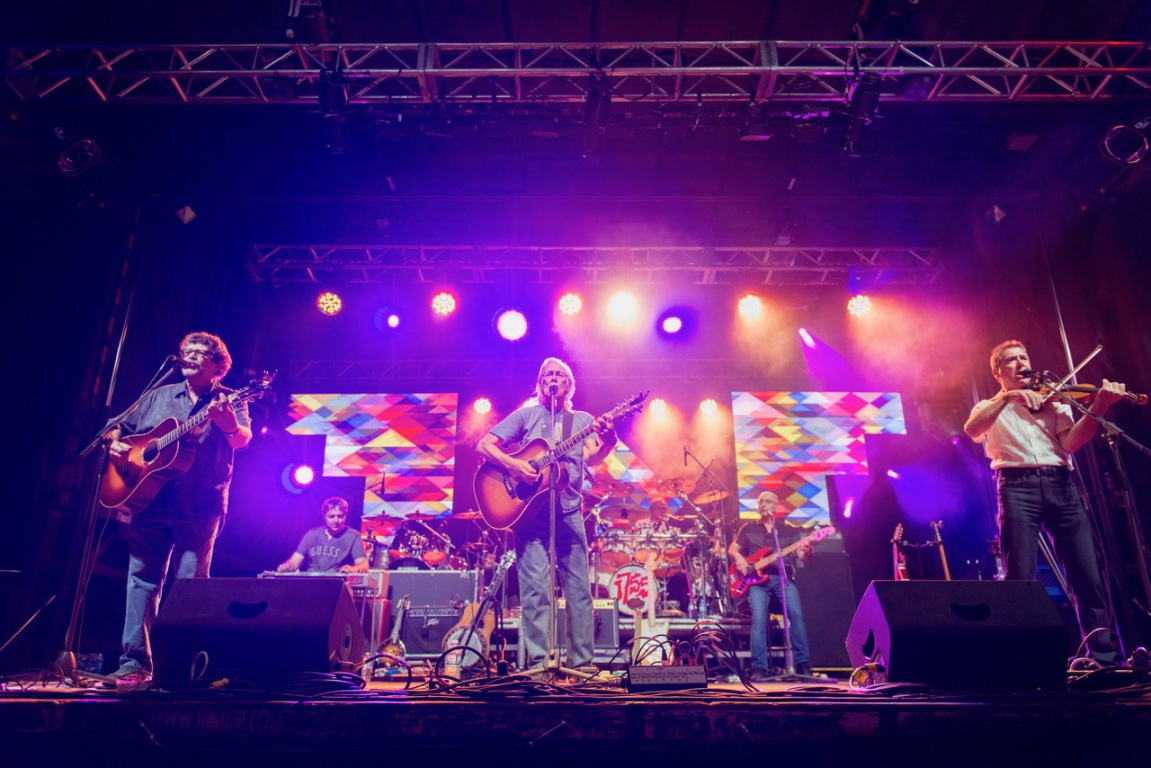 Moncton, NB: This February, the New Brunswick Youth Orchestra and Acadian super group 1755, are set to perform together for a once-in-a-lifetime concert in Moncton. The special event marks the first time the popular Francophone musicians will team up with an 80-piece orchestra.

“We are so excited to be playing with the NBYO for this special evening,” says Roland Gauvin, 1755 singer and guitarist.  “For those who are familiar with our music, this will be a new way to listen to the songs they may already recognize. For the younger generations, this is an opportunity to hear some new and traditional Acadian songs, and to gain an appreciation for the music of our culture.”

During the set with the orchestra , the five-member band will play some of their most popular melodies as well as Acadian favourites. Gauvin and NBYO conductor Tony Delgado are collaborating to fine tune the orchestral arrangements for the music.

“Playing these songs will be an exciting  opportunity for our NBYO musicians to take on a very different musical challenge,” says Delgado. “1755  is a legendary Acadian music band, and to be able to perform their music with them, is a real honour and a pleasure.”

Gauvin says the band is very much looking forward to hearing their music being played by the orchestra.

“I’m really excited to see how the interpretation of our music will sound,” he says. “From what I know of Tony, and of the talents of the NBYO, this will be quite a treat for us and the audience.”

Playing with the Pros

The February concert is part of an annual NBYO tradition to perform with music industry professionals.  In the past, the orchestra has worked with talented artists from a variety of musical genres, including David Myles, Radio Radio, Les Muses and Matt Andersen.

NBYO CEO Ken MacLeod says working with talented professionals is an important activity for the organization.

“For our talented young people, it’s an opportunity to perform with professional musicians, as well as to learn to play different styles of music within the orchestra setting.” he says. “Also, through these concerts, we are able to introduce new audiences to the New Brunswick Youth Orchestra, and to the talented young musicians in our province.”

Last year, the NBYO performed with Acadian singers, Troiselle, and in 2017, in celebration of Canada’s 150th birthday, they toured with soprano Measha Brueggergosman.

Given the popularity of 1755, MacLeod expects a full house for the Moncton concert.

“We know that 1755 has a long-time and loyal following, and we expect tickets to go fast for this event,” he confirms. “I’d encourage anyone wanting to attend, to purchase their tickets early for this one.”

The concert takes place at 7 pm, Saturday, February 8, 2020, at the Wesleyan Celebration Centre in Moncton. Tickets are $35 for adults, $25 for students, and are available through ticketwindow.ca.

Considered an icon of modern Acadian culture, 1755 is credited with launching the modern Acadian musical scene in Canada and internationally.  The band’s original musicians include  Kenneth Saulnier, Pierre Robichaud, Roland Gauvin, Donald Boudreau and Ronald Dupuis. Musically, the group has never been tied to one musical genre, but is best known for playing rock, country and folk music. Their hits include original compositions as well as modern interpretations of traditional Acadian music. Throughout their 44-year history, 1755 has received numerous awards for their music and for its impact on Acadian culture. In 2008, the group was recognized with the Dr. Helen Creighton Lifetime Achievement Award at the East Coast Music Awards. While 1755 no longer tours regularly, they often perform at Acadian festivals and events. During the first Word Acadian Congress in 1994, a sold-out concert at the Moncton Coliseum sealed their position as Acadian cultural ambassadors. The concert was filmed and also released as a live album and video. 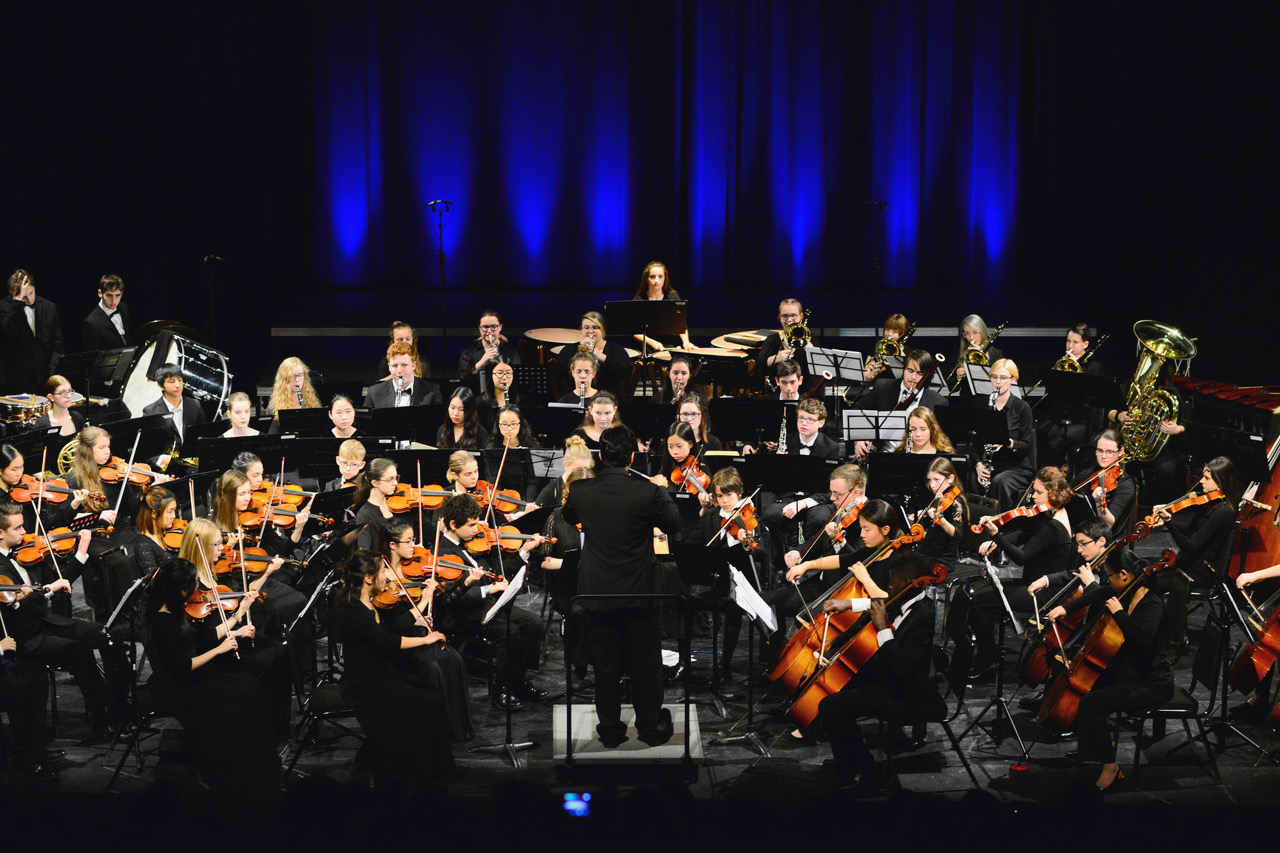 The New Brunswick Youth Orchestra is one of the most innovative and distinguished youth orchestras in Canada, and features some of the province’s most talented young musicians. Its mission is to inspire children and youth to achieve their full potential through learning and performing orchestral music. The NBYO has performed in some of the world’s great concert halls, including Carnegie Hall in New York, The Forbidden City Concert Hall in Beijing, China and the Musikverein, the home stage of the Vienna Philharmonic Orchestra, in Vienna, Austria. In 2011, the Orchestra was awarded first place in the category of Symphony Orchestra at the Summa Cum Laude International Youth Music Festival in Vienna, Austria.  It has six CD recordings and has received an East Coast Music Award for best classical recording.  In addition to performing with a high level of excellence, the Orchestra continues to commission original works, collaborate with guest conductors and performers, and tour both in New Brunswick, Canada and internationally. For more information about the orchestra, members and upcoming events across the province, visit www.nbyo-ojnb.com