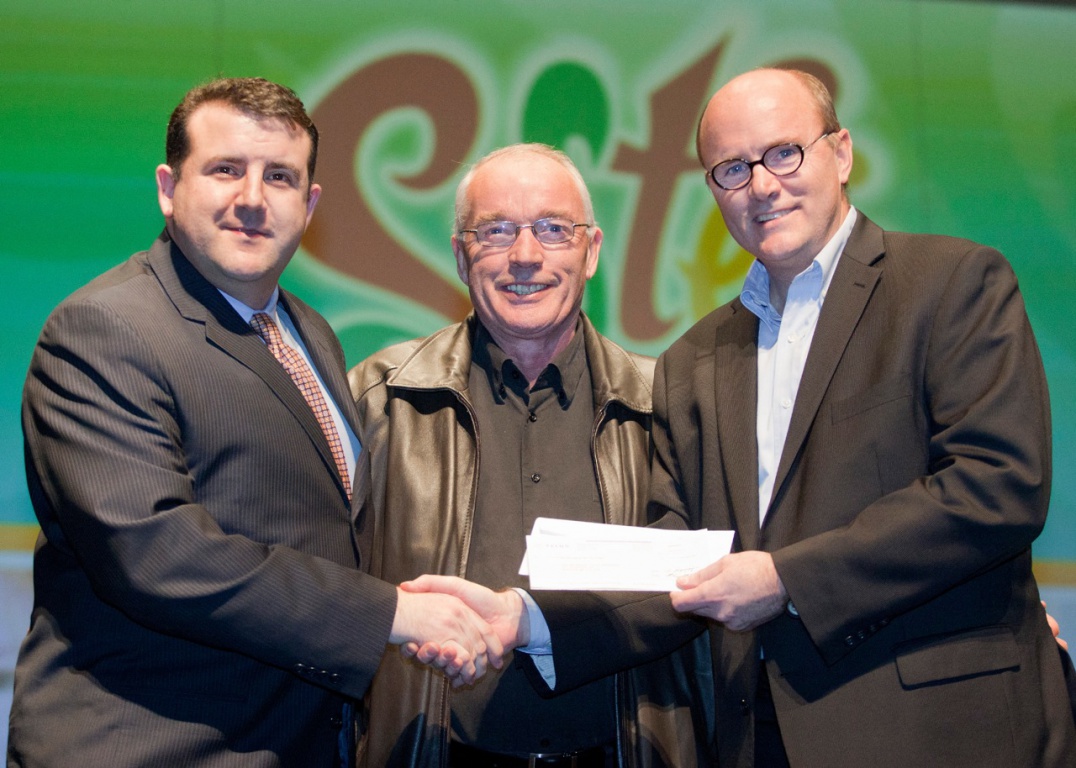 The poor weather conditions could not dampen the spirit of hundreds of people who flocked to the Capitol Theatre to take in the first-ever holiday concert featuring about 100 local school children taking part in the Sistema music program administered by the New Brunswick Youth Orchestra.

The poor weather conditions could not dampen the spirit of hundreds of people who flocked to the Capitol Theatre to take in the first-ever holiday concert featuring about 100 local school children taking part in the Sistema music program administered by the New Brunswick Youth Orchestra.

The Sistema program originated in Venezuela where the impact has been so extraordinary, it has been hailed as transformational for individuals and the society there.

Over 350,000 children are now part of El Sistema (the System) in Venezuela and the idea is simple. Any child who comes through the door showing enough enthusiasm and commitment to learn gets the instrument of their choice and free instruction every weekday afternoon and Saturday mornings. The kids are determined and work hard at learning their craft. And their hard work is being noticed. Today, El Sistema is not only producing transformational social change, it is producing among the best musicians in the world.

The New Brunswick Youth Orchestra has partnered with El Sistema, and completed a fact-finding tour of the South American country. The president of the orchestra, Ken MacLeod, addressed the audience during the event held on a blustery Wednesday night, and expressed his hope that Sistema will encourage "social change through music" here as it has in its country of origin. He very graciously acknowledged the support of the families who have children enrolled in the program and the larger community for its support before providing insight into the mechanics of the initiative. He described how "the first Sistema centre opened in September of 2009 with 50 students. In September 2010 we added 70 more students and next September new centres will open in Saint John and Richibucto."

The Moncton centre operates out of a pair of classrooms at Beaverbrook School, where the students/musicians congregate daily for three-hour practice sessions after school, receiving instruction from senior members of the Youth Orchestra. MacLeod shared his vision that Sistema "will continue to inspire children and help establish values and foster feelings of joy, hope and opportunity for the children taking part."

He also extended his gratitude to the provincial government, which has been generous in its support by committing $1.8 million over a four- to five-year time frame to the program.

Earlier in the presentation, an enthusiastic MacLeod was joined onstage by Daniel Allain, currently the president and chief executive officer of NB Liquor, and former Montreal Canadiens' Stanley Cup champion Danny Grant, who were on hand representing the TELUS Atlantic Canada Community Board. The duo presented Sistema with a $50,000 donation, saying they are proud of this great initiative.

The distinguished board is led by retired general Rick Hillier and allocates funding to projects that focus on youth and showcase social and/or technological innovation throughout Atlantic Canada. Since its inception, the Atlantic Canada Community Board has donated $300,000 to local charitable organizations in all four Atlantic Canadian provinces.

While the above announcements assuring the future development of the Sistema program contributed to the feel-good vibe in the auditorium, it was the musicians who were the recipients of the warmest smiles for providing the festive soundtrack through some truly amazing performances that included plenty of holiday fare.

The concert opened with a string ensemble of first-graders conducted by NBYO manager Anne Davidson. Later it was the second-graders' - the inaugural group of Sistema kids - turn to shine while playing their clarinets, flutes and a bassoon. Then the final performance brought together both groups of young people forming an orchestra that was conducted by Monica Lange of School District 1, who spent the majority of the evening as co-master of ceremonies alongside Don Matheson, executive director of the New Brunswick Youth Orchestra. The pair, appropriately attired, were performing their duties dressed up in Santa's elves costumes. And where there are elves there is usually a jolly white-haired man with large gift bags nearby ready to supply some Christmas cheer. This was the case as Santa Claus did appear with a surprise for each of the Sistema kids.

* Terry Parker's column appears daily. Terry owns and operates Entertainment Plus, a mobile disc jockey and entertainment company. Want to contribute to Terry Parker's People with your questions and comments? Contact Terry at 859-2356 or terryp62@gmail.com