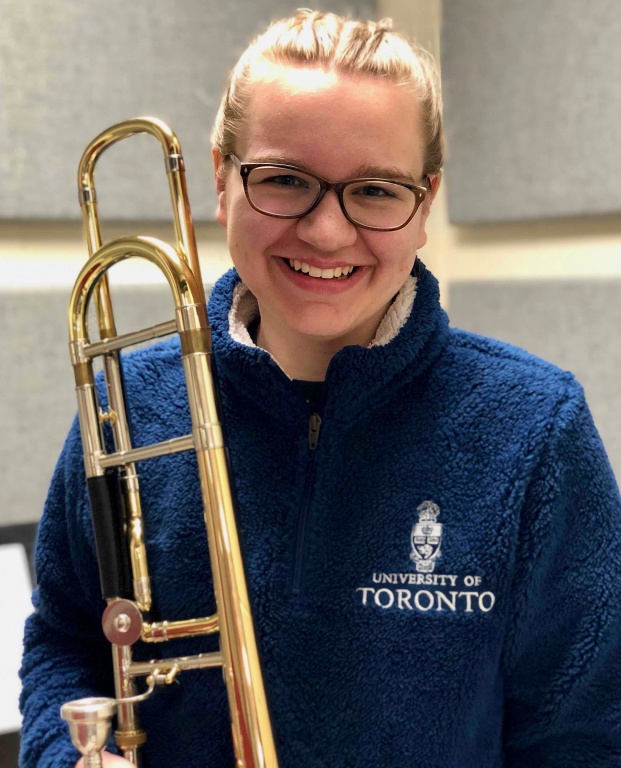 Grace Hamilton, 18, of Harrison Trimble High School, will be studying for her bachelor of music at the University of Toronto.

When Grace Hamilton joined the Sistema New Brunswick music program in Grade 5, she had dreams of pursuing music as a career after high school.

This fall, Hamilton and six other students who completed the program in elementary school will be going on to post-secondary education – at least three in the field of music.

Hamilton, 18, of Harrison Trimble High School, will be studying for her bachelor of music at the University of Toronto.

“It ... felt like it was the next step for what I want to do with the rest of my life," she said.

She was among the first students to be enrolled in Sistema, now in its 10th year. The initiative has grown from 50 children to more than 1,100 students in 10 locations around the province. The program is open to students aged six to 12 with an opportunity to audition for the New Brunswick Youth Orchestra or one of the regional orchestras.

Ken MacLeod, CEO of the NBYO and director of Sistema, said he and the program's teaching artists are proud to see their former students head off to further musical pursuits.

In 2009, MacLeod travelled to Venezuela, where the El Sistema program originated. He was inspired to create a similar program in New Brunswick to give kids a chance to play music who might not otherwise have the opportunity.

“Every child has talent and can achieve at the highest levels," he said. “The only thing that prevents that is opportunity.”

Avery Kennedy has a variety of opportunities ahead of her as she moves to Ontario to study music at the University of Ottawa. She said she also plans to be a page on Parliament Hill while doing her studies.

The hardest part of leaving high school will be saying goodbye to her friends in the NBYO, many of whom she met through Sistema.

Her fondest memories from the program include touring with the orchestra and having deep, meaningful conversations about music with her fellow students.

Kennedy said learning the flute took countless hours of practice and Sistema, which has three-hour rehearsals five days a week, gave her the building blocks of music theory and technique.

“It was the first time I felt that connection with people," she said. “We’ve had this journey together.”

The 18-year-old won the coveted concerto solo in the NBYO finale concert in March. She also recorded an audition video of three pieces for the music faculty at the University of Ottawa.

“It was nerve-wracking. You are putting yourself out there for professional musicians," she said.

When most students were on their spring break, Hamilton was travelling for her university auditions. She performed songs she had spent the past year learning.

There were times she thought about putting music aside, but kept practising to master the challenging pieces.

“I wanted to be the best and keep pushing myself to go even further," she said.

Sistema and the NBYO have taught her patience, creativity and persistence, she said.

“I think it keeps my brain young,” she said.

MacLeod said one of his favourite memories with his students was watching Hamilton shine as the only female trombone player in her section when a group of students travelled to Mexico for an international orchestra workshop.

The Sistema staff take pride in their students, MacLeod said, noting they develop a personal relationship with students over the years.

“They celebrate highs and lows in their lives," he said.

In the years to come he said he hopes more of his Sistema students will grow up and pursue music as a career.