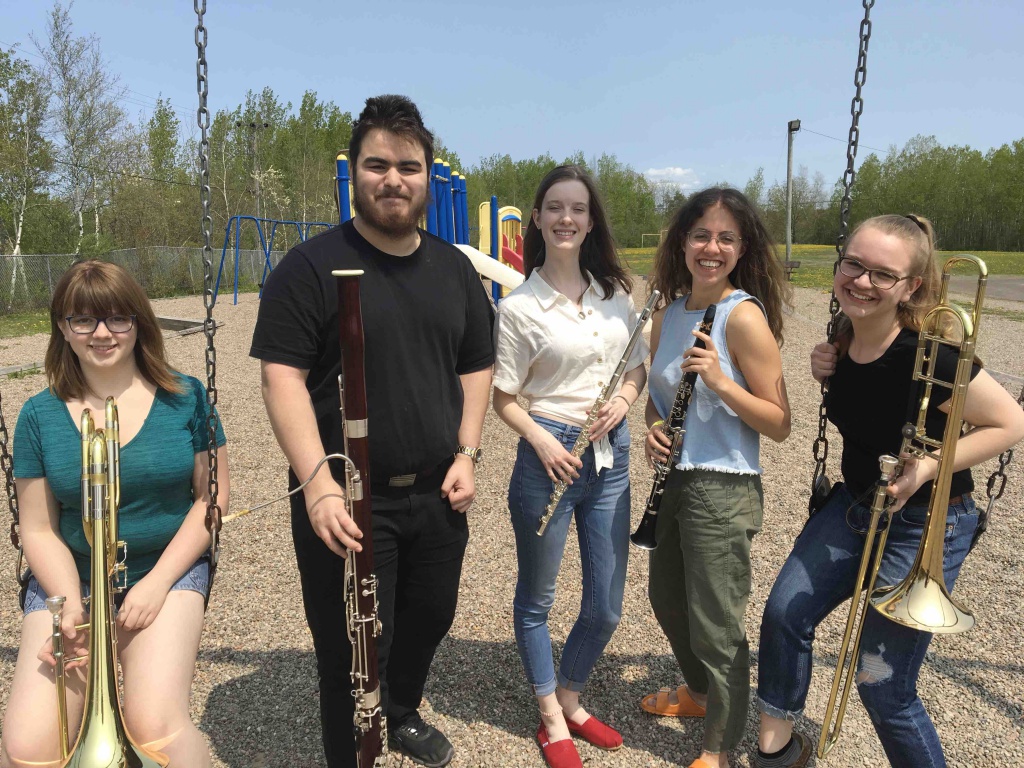 Moncton, NB: Trombonist Grace Hamilton has been awarded the University of Toronto’s Faculty of Music Admissions Scholarship. The Faculty of Music Scholarship is a prestigious four-year scholarship that will fund her music studies.  U of T is one of the leading music schools in Canada, with a renowned faculty that also performs with the Toronto Symphony Orchestra and other professional orchestras around the world.

The 18-year-old has been playing trombone for eight years, after being introduced to the instrument through the Sistema NB program in Moncton. She has since gone on to perform with the New Brunswick Youth Orchestra, where she is also Section Principal. Last year, Ms. Hamilton traveled to Mexico City for an international orchestra workshop where she was the only female trombonist.

“Music has always been important to me, and I’m thrilled to be accepted into such a fantastic music program,” says Ms. Hamilton. “My years of learning with Sistema NB and performing with the orchestra have given me the tools to continue studying music. And that’s a dream come true.”

In an orchestral setting, the trombone and other brass instruments have traditionally been played by men. Ms. Hamilton is part of a new generation of young female musicians who have not let traditional barriers dissuade them.

Sistema NB Teaching Artist Kimberly Conway, who has been both a teacher and mentor, says that twenty of the twenty five students learning trombone from her are female.

“Gender norms are learned at a very young age and it is reflected in orchestras. Recent studies show that most professional female musicians play the flute, violin or harp,” Says Ms. Conway. “The quietest and most delicate sounding instruments. Young musicians like Grace are helping to break down stereotypes in the orchestral music industry.”

“What a wonderful opportunity for our talented Sistema NB/New Brunswick Youth Orchestra graduates. We are so proud of them. They’ve made the most of every opportunity, worked hard and achieved new heights in their learning,” says Ken MacLeod, CEO of NBYO and Sistema NB. “This is our hope for every young person enrolled in our programs; that the skills they’ve learned will help them to achieve their full potential and make a positive difference in the society.”

Through its ten centres in communities across the province, the Sistema NB program offers school-age children an opportunity to learn to play a musical instrument in an orchestral setting. Based on a highly successful program in Venezuela, Sistema NB provides transformative change through a five-day-a-week music program to children who may not otherwise have the opportunity to participate.  Launched in 2009, Sistema NB is fun, encourages excellence, builds teamwork and confidence. In 2015, the NBYO received the Prime Minister’s Award for Social Innovation for the work and leadership of Sistema NB in Canada.  For more information about Sistema NB, visit www.sistemanb.ca.

Director of Marketing and Communications